FIRST AND LAST AND ALWAYS: THE UNMISTAKEABLE IDENTITY OF LUTZ HUELLE

The German designer is rooted in his work, secure in his DNA and breathing new life into the fashion industry. Originally from the industrial German city of Remscheid, he knows what it means to be humble and come to terms with an uninspiring everyday life. That may well also be the reason why he is so open to all things new and has an affinity to anything that is different and feels different – that is plain to see in his collections, which are honest, open and inspired. 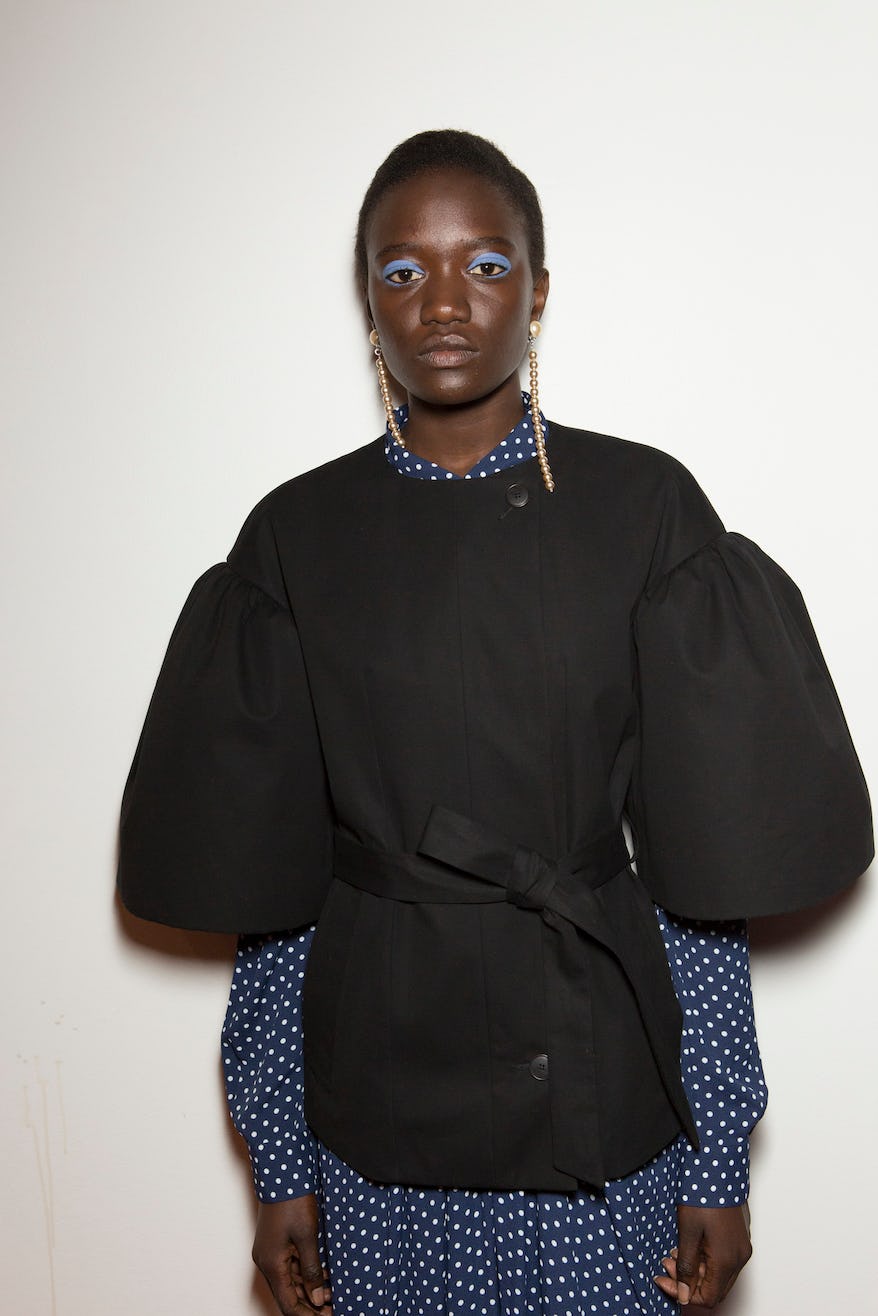 THE AVANT-GARDIST AND MISFIT

He moved from Remscheid to Cologne and then to Hamburg before studying fashion design at Central Saint Martins in London in 1992. After his degree he moved to Paris in 1995, where, for three years, he worked at the side of Martin Margiela, who was still an insider tip at the time.

His collaboration with Margiela brought him valuable contacts and the necessary industry know-how, and also helped him on his path to becoming a credible fashion designer. But his real breakthrough has been over the past three years with the hype surrounding the departure from classic prêt-à-porter collections towards the bold reconstruction of streetwear into a luxury product. Leading the way here are Vetements and Balenciaga, who often seem like an homage to the (early) work of the North Rhine-Westphalian designer and perhaps secretly are: Lotta Volkova, the stylist and creative brain behind both fashion houses, also studied at Central Saint Martins, where Huelle has regularly been a visiting lecturer since 1995. We’ll let you connect the dots.

While rousing applause can be heard at his shows these days, only very few people understood his work at the beginning of 2000, which meant that the German designer had to sit out a whole three seasons. Nevertheless, he remained an insider tip for die-hard connoisseurs who saw themselves reflected in him and his designs. At the time he was a bit of an enfant terrible on the prêt-à-porter scene, prone to tearing ludicrous fabrics out of their normal context. And one garment from 2001 represented a highlight of his work: the towel dress.

A towel is a towel is a towel – and is recognised and used as such on an everyday basis. It is something you wrap your naked body in to dry it – a very intimate moment. Huelle translated this intimacy, and the functional fabric, into an evening dress with two satin straps. Worn to an evening gala by his childhood friend from Remscheid, the artist Alexandra Bricken instantly stood out from the masses of haute couture wearers that night. A very fond memory for Lutz Huelle.

After all, the skimpy towel dress also made it onto the body of Kate Moss and into Purple Fashion Magazine, captured on camera by none other than Juergen Teller, of course.

Beyond the towel, it’s jackets that fascinate Lutz Huelle. He likes archetypes, such as tuxedo jackets, business blazers and, above all, bomber jackets. These iconic items give him the opportunity to dissect them right down to the very last detail and then put them back together in a new context.

In 2018 his jackets met with applause and landed on the cover of Vogue Portugal. They are cool and sleek, with a clear cut and yet still impressive. But always suitable for everyday wear and practical – that’s very important to him.

The playlist of his SS2019 show in Paris underlines his choice of fabrics, consisting of denim, lace, brocade and silk – a wild mix with plenty of style clashes but is absolutely coherent in context. It featured Queen followed by a short piano sonata, leading into Alice Cooper, interrupted by the R’n’B hit ‘I’m A Survivor’ by Destiny’s Child‚ ending with ‘Science Fiction’ by The Misfits. Music plays a key role for Huelle; his song selection consists of the same clashes that can be perceived in his collection. But ultimately you could take the choruses from the playlist as a kind of anthem to Huelle’s own story and the stories behind his designs.

to read the rest of the article please click here